India is the only market where the Grand Cherokee is assembled outside of the US and that shows how Jeep wants a big chunk of the luxury SUV space. That said, the new Grand Cherokee will have its work cut out for it, especially with the Germans around.

But where the Grand Cherokee scores is presence. The fifth-generation model appears more refined than its predecessor, but the muscle is very much there in the design. The large seven-slot grille, upright stance and wide shoulders give it plenty of presence on the road. The new generation is a bit nicer now and the narrower headlights/taillights are in that direction. It’s a real SUV design and we also like those big alloy wheels. If the exterior is nice, the interior will surprise you with its appearance. Simply put, for the price, the Grand Cherokee has one of the best cabins around, especially with the amount of technology on offer. There is a large digital instrument cluster, a heads-up display, a 10.1-inch Uconnect 5 infotainment system and finally a 10.25-inch passenger display as well. The rear view mirror is also digital. The central display is similar to the other Jeep SUVs but has become more refined/detailed while the 360-degree camera view is very sharp indeed. The Grand Cherokee also scores in the expected quality aspect where the doors feel heavy and well built along with soft materials around the entire cabin. The narrow vents and layered dash are also very nicely put together – as you’d expect for the price. Trim levels include a massive glass sunroof, 8-way power and ventilated/heated front seats, connected car technology, 8 airbags and a premium sound system plus more. 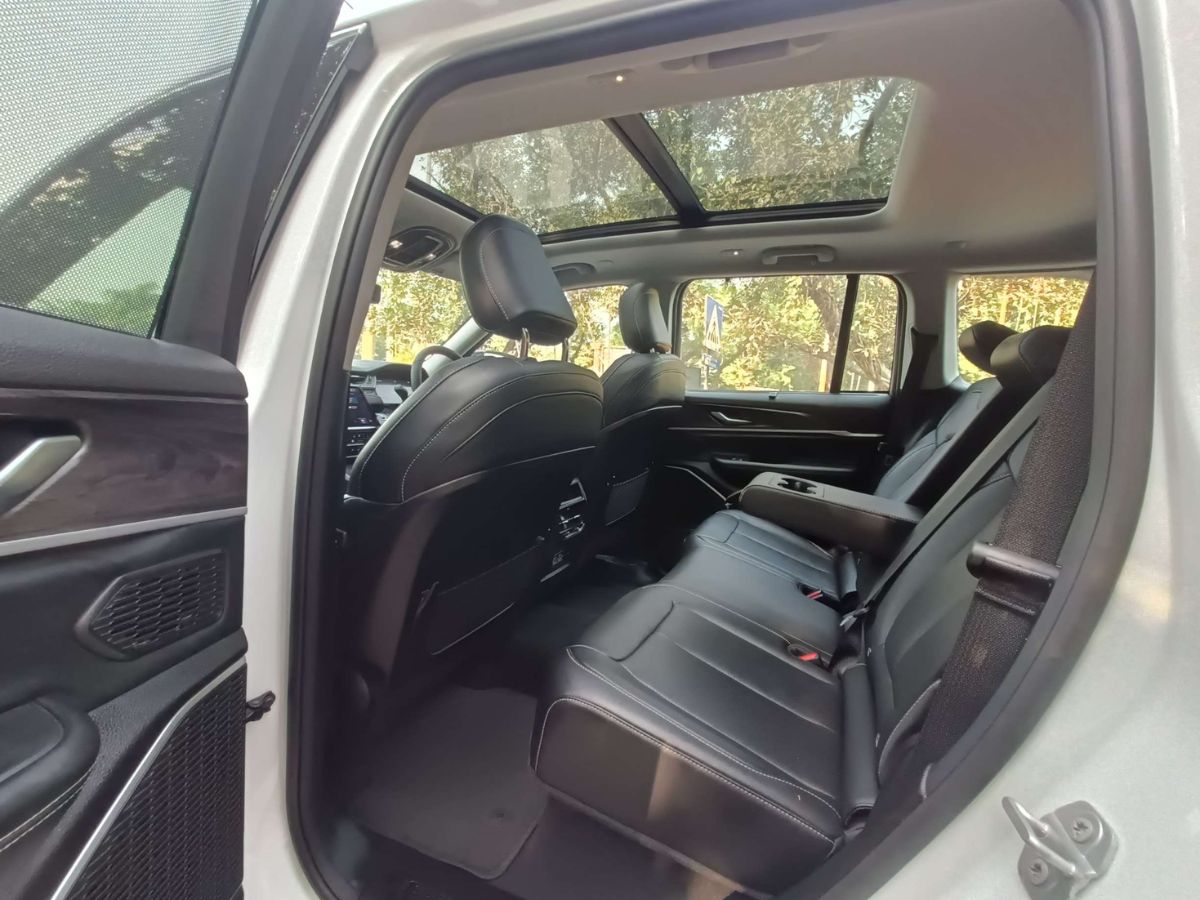 The coolest feature has to be the passenger side display which is clearly visible to the passenger and not the driver for obvious reasons. It is detailed and is a good companion for the passenger on a road trip. Place? It’s not exactly massive inside but it’s a lot roomier than the previous Grand Cherokee and on par with rivals. However, the seats are large and accommodating and provide good thigh support. But in the Grand Cherokee you prefer to sit in the driver’s seat. The India-spec model is petrol only and gets a 2.0L turbo petrol unit developing 272hp/400Nm mated to an 8-speed automatic along with the standard Quadra-Trac 4X4 system and Selec-Terrain system.

The first impression is that, despite its size, the Grand Cherokee is quite easy to drive and the engine is quite compliant with light throttle inputs in slow traffic. The engine is at its best at low revs but even when you need power it gets going quickly while the 8-speed automatic also does a decent job. When pushed hard there is some turbo lag and then the Jeep pushes forward but the performance is not lacking at all. The steering is well weighted and is neither heavy nor particularly light. It’s also good at high speeds and doesn’t feel heavy when driven hard – sure there’s some body roll but it’s well controlled. While the engine offers decent performance, it likes a drink as it guzzles fuel at around 6 kmpl. What is impressive is the ride quality that beats other SUVs as it feels tough and goes over bad roads with ease. It feels solid and absorbs even bad roads much like other Jeep SUVs. We didn’t do any off-roading, but with the off-road modes and toughness of the Jeep, it should be fine after all. At Rs 77.5 lakh, the Grand Cherokee is easily one of the most affordable luxury SUVs as it offers a lot of technology at a price lower than the competition along with a tough look that is pure Jeep. Sure, we would have liked more power but that aside, the Grand Cherokee opens up a niche segment of large and rugged luxury SUVs.

What we like- Looks, build quality, suspension, features, value for money

What we didn’t do- Rear seat not very spacious, diesel version missing