The owner of a Jeep became embroiled in a legal nightmare after he handed over the keys to his vehicle at a Michigan dealership where a mechanic died while working on his car.

The family of Jeffrey Hawkins, 42, is suing the Jeep owner, who has not been named, for $15 million over the veteran mechanic’s death.

Hawkins, a married father of four, was killed on March 13, 2020, while changing his Jeep’s oil at the Rochester Hills Chrysler Jeep Dodge dealership in Michigan.

A 19 year old guy mechanic, who didn’t know how to operate a stick shift and didn’t have a driver’s license, had started the car and removed his feet from the clutch causing the jeep to jump forward.

Hawkins, who was performing an oil change at the time, was run over and died instantly.

It is unclear why the 19-year-old mechanic was hired despite his lack of qualifications. A lawyer for the retailer declined to comment.

Under Michigan law, employees cannot sue their employers or other employees for accidents that occur in the workplace.

David Femminineo, an attorney representing Hawkins’ family admitted the lawsuit “seems unfair” but argued the man who had taken his Jeep to the dealership remains legally responsible for the tragedy.

‘If you go to lunch and give your car to someone and an accident happens, you would be responsible for it. The same thing is happening here, Femminineo told DailyMail.com on Thursday. 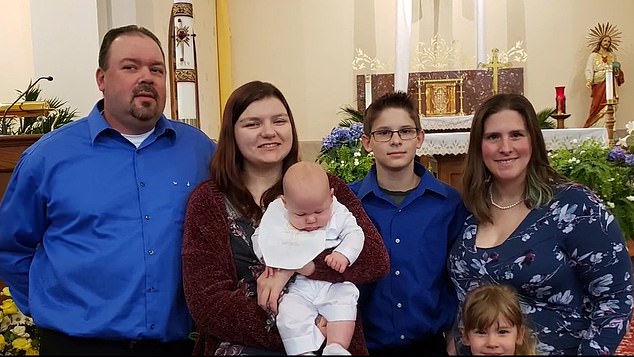 Lifetime mechanic Jeffrey Hawkins, 42, was killed March 13, 2020, while changing the oil on his Jeep when a 19-year-old fellow mechanic, who didn’t know how to operate a shifter and didn’t have a license, started the car and took his feet off the clutch 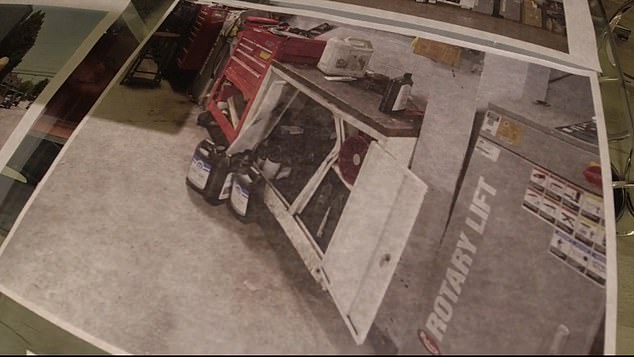 His family is now suing the man who had taken his Jeep to the dealership, claiming he is legally responsible for the tragedy 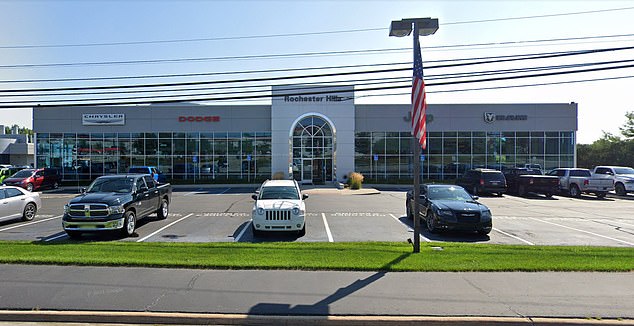 Femminineo noted, however, that the Jeep owner will be defended and reimbursed by the Rochester Hills dealer’s insurance, which will ultimately have to pay for the financial damages.

‘It seems unfair, but the owner of the car is defended and compensated by [car dealership],’ Femminineo told DailyMail.com

WHY WAS THE JEEP OWNER SUED?

Under Michigan law, the only remedy for employees in cases of workplace injury is workers’ compensation.

State law says, “If someone other than either the worker, the employer or a co-worker is responsible for an injury, the ‘third party’ can be sued,” the Michigan Government website states.

Thus, if a worker is injured because of the poor design of a machine the employer purchased from an independent company, the worker can sue the manufacturer of that machine for civil damages.

An attorney retained by the dealership to represent the Jeep’s owner was reached by DailyMail.com and declined to comment.

The Rochester Hills Jeep dealership cannot be sued because of a Michigan legal standard that protects employers from liability in workplace accidents.

The 19-year-old also cannot be sued because the same legal parameter prevents employees involved in accidents from suing each other.

Femminineo says the strategy is just a legal detour to ensure Hawkins’ family is compensated for the unfathomable loss of the father of the family and that the Jeep owner will be exempt from paying money in the civil suit, since he is backed by the dealership’s insurance.

Michigan law states that “if someone other than either the worker, the employer, or a co-worker is responsible for an injury, the ‘third party’ – in this case, the Jeep owner – can be sued.

The lawyer said the mechanic’s family was unnecessarily suffering a heartbreaking and stressful loss.

‘[The 19-year-old mechanic] start the car, take your foot off the clutch and you know what happens? The Jeep jumps and kills my client, Femminineo told FOX News.

“He was an excellent man,” Femminineo added. “The two-year-old who was about a year old at the time of the accident, the time of the death, he will never know his father.”

Femminineo told DailyMail.com that the owner of the car was responsible because he voluntarily gave the keys to his vehicle to the dealer. 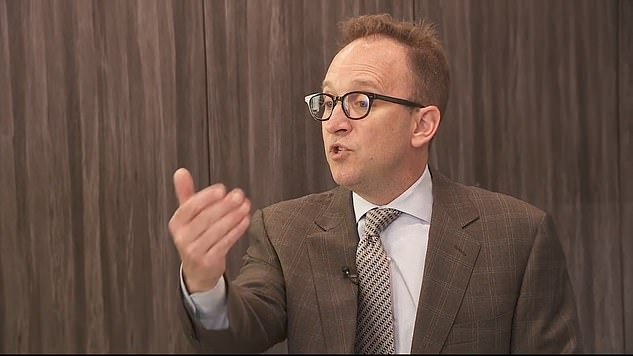 Attorney David Femminineo noted that the owner of the Jeep, who has not been named publicly, will be defended and reimbursed by the Rochester Hills dealership’s insurance, which will ultimately be responsible for the financial damages.

“When you hand your car over to someone, including the valet or the person at the service desk at your local dealership, you better be able to trust that person,” he told FOX.

The dealer’s insurance will defend the owner and pay for any judgments and legal fees.

A trial date is scheduled for May 20, and Hawkins’ state is suing for $15 million in financial damages.

DailyMail.com contacted the Jeep’s owner and asked why the 19-year-old mechanic had been hired given that he did not know how to operate a manual transmission, but the lawyer declined to comment.