While the Meridian is a brand new model, it appears to have a lot in common with the Compass

Meridian is Jeep’s all-new, market-focused offering for India. It is a three-row SUV with many similarities to the smaller Compass. There are exterior details that clearly take inspiration from other Jeep models as well such as the Grand Cherokee, but it shares various interior and technical components with the Compass. As we get closer to the market launch of the Meridian, let’s see exactly how the two models compare. 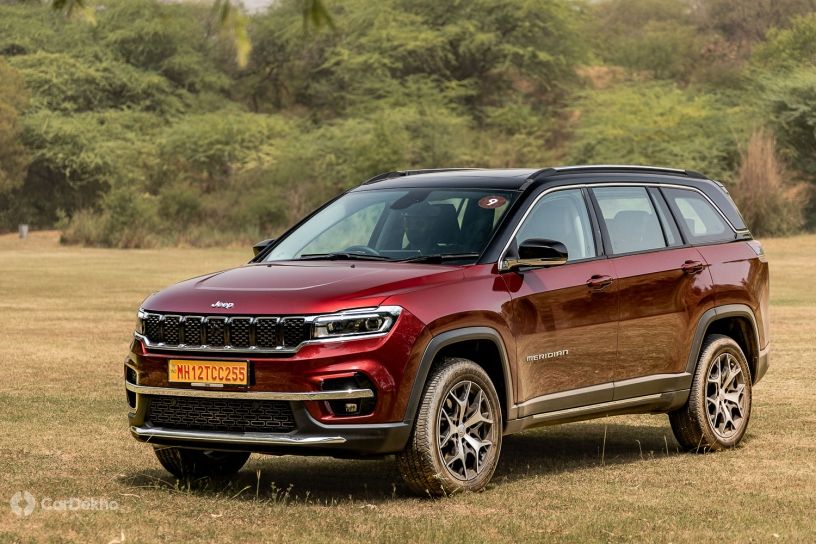 Of course, the meridian is larger than the compass, but by comparing these numbers we can see how much they differ. The three-row SUV is 364 mm longer, while the length of the wheelbase differs by just 92 mm. It is 41mm wider than the Compass and 58mm higher. 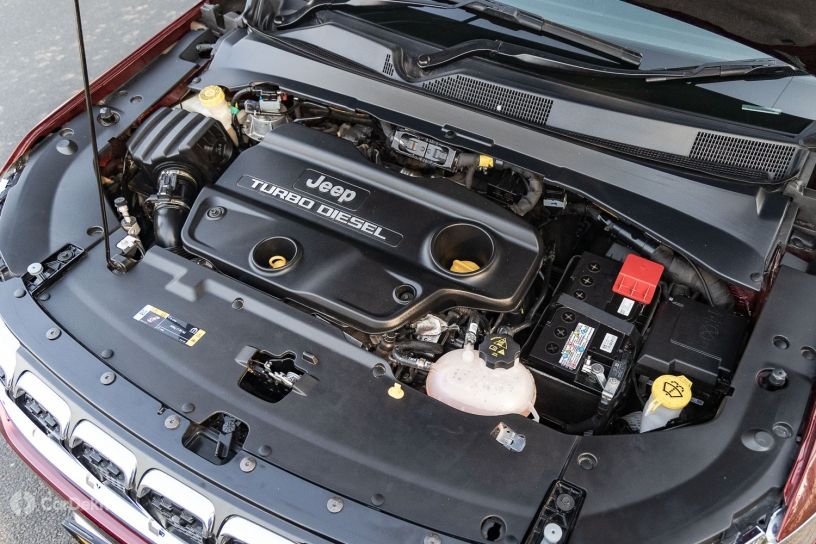 The Meridian will be launched with only one engine option, the same diesel unit as the Compass. There’s no difference in peak power but expect the performance delivery to be tweaked to better suit the larger SUV. It even gets the same choice of manual and automatic transmissions, and 4×2 and 4×4 drivetrain options. But while the Compass offers the diesel automatic only with 4WD, the Meridian offers it with 2WD as well. 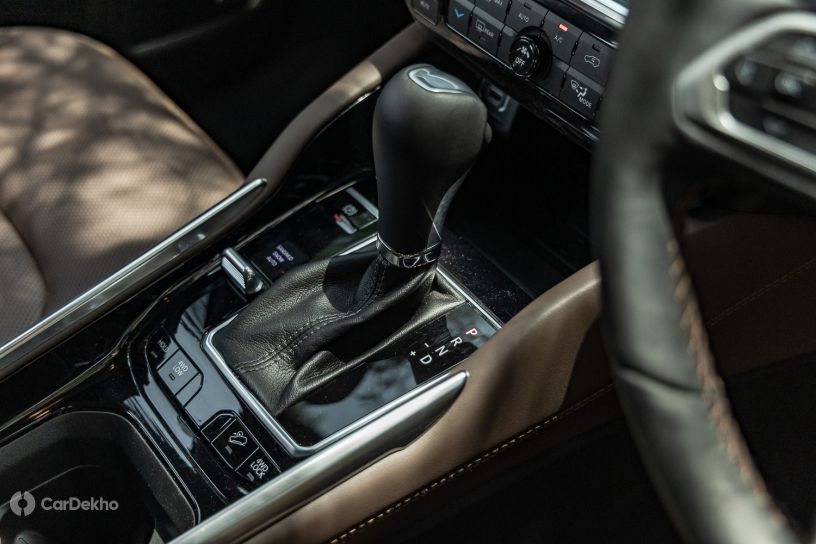 At the same time, the Compass is available with a turbocharged petrol engine that offers 163 hp and 250 Nm of performance. It is only offered with a 4×2 drivetrain but it has a choice of manual and automatic transmissions.

At first glance, it may appear that Meridian and Compass have very similar front ends. But look a little further and you will start to notice the many differences such as the bumper design, the grill and the sculpted shape of the hood.

From the side profile, the only similarity between the two Jeep models might be the A-pillar and square wheel arches. While the roofline of the Compass has a slight slope to the rear with a rising window line, the roofline of the Meridian appears high throughout to offer space for all three rows of seats. The new SUV also has more notable cladding along the side.

Seen from the back, the meridian and the compass do not look the same. The smaller SUV’s rear design now looks a bit aged and orthodox compared to the Meridian which features a sleek set of LED taillights linked by a chrome bar. The rear of the Meridian also looks thicker thanks to the extra width and the more robust bumper design with a visible skid plate.

The Meridian has a brown and black cabin theme compared to the all-black cabin of the Compass. However, the dashboard of the two is identical in layout with the same ventilation modes, screens, control panel and steering wheel. From a driver or front passenger perspective, there isn’t much of a difference here.

The second row of seats in the Meridian has a tumble function to access the third row. Its seat base and headrest shape differ markedly from that of the Compass’ rear seats. They both get the same fold-out rear center armrest with cup holder. 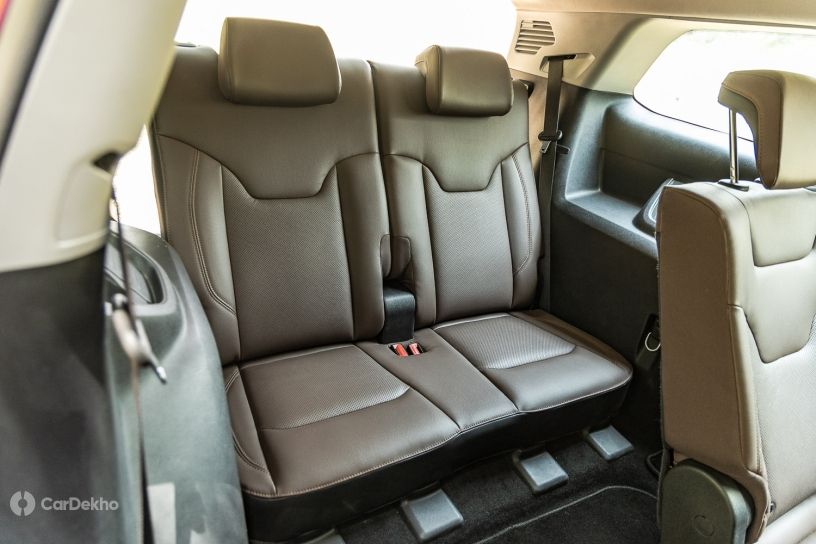 Finally, the Meridian has a smaller boot than the Compass with all three rows of seats in use. However, you can open up some trunk volume by dropping the 50:50 split-folding third-row seats that lie flush with the trunk floor. 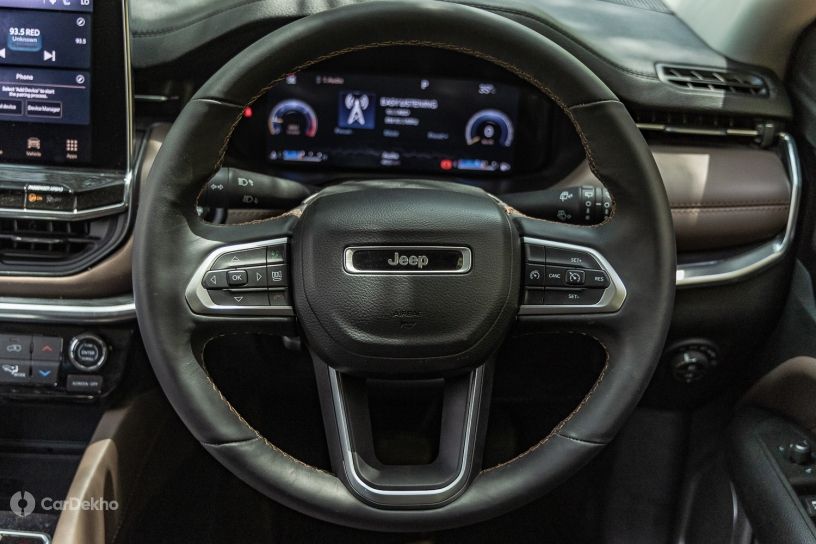 As both SUVs have almost identical dashboards, both come with a 10.1-inch touchscreen infotainment system, a 10.2-inch digital driver display and dual-zone climate control.

The common features between Meridian and Compass further include the 8-way power adjustable and ventilated front seats, double glass sunroof, power tailgate, a 9-speaker sound system and 360-degree camera. Also in terms of safety, both come with up to six airbags, reverse start assist, electronic stability control and a tire pressure monitoring system.

Since the Meridian will only be offered in two trims, it offers more of these premium features from the base. The more affordable variants of the Compass don’t get many of the aforementioned features that are shared with the new three-line offering

# – including the Trailhawk trim

Jeep will announce pricing for the Meridian in early June. It is a premium competitor to the likes of Toyota Fortuner and Skoda Kodiaq. Meanwhile, the Compass is a smaller SUV with the choice of petrol engine and less equipped variants making it more accessible than the Meridian.