When I heard that Jeep was bringing back its most affordable go-anywhere machine, the Compass Trailhawk, I was thrilled. It’s been a while since we’ve had a regular car that specializes in something, and in the case of the Jeep Compass Trailhawk, it should be able to get you through just about anything. The Trailhawk badges, both outside and inside, emphasize that ability to get through the rough, and there are enough visual differences between the standard Compass and its more hardcore sibling. 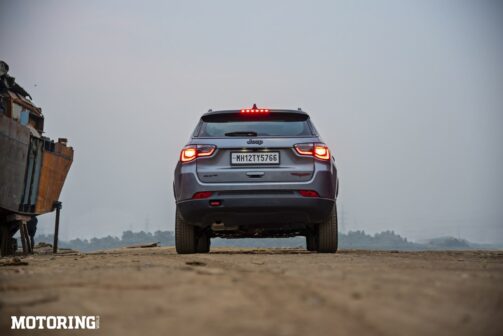 Jeeps ensured that the design won’t hinder its ability to climb over difficult terrain with new front and rear bumpers, and even a facelift. The improved ground clearance of 205mm, along with 30-degree approach angle, 24-degree break angle and 34-degree departure angle, are more than adequate to take on almost anything thrown at the Trailhawk. But it’s not all function over form. The narrower front bumper gives the face a sharper, jagged appearance, somewhat reminiscent of a wolf with bared teeth. A large black and red hood decal adds some distinction, as do the new 17-inch alloys. 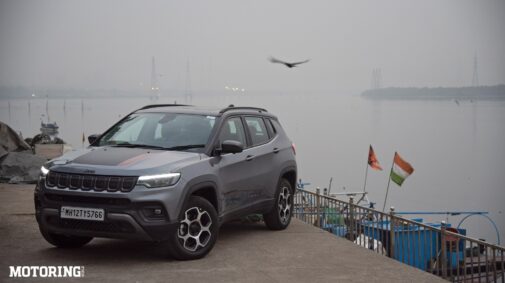 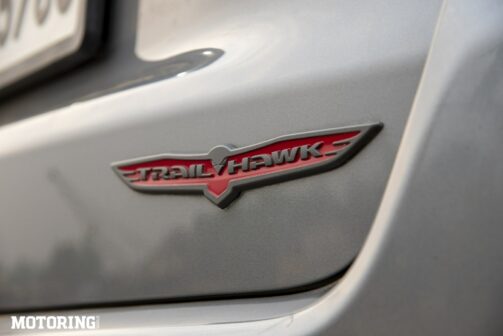 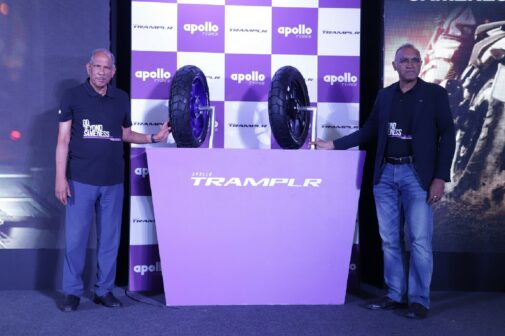 Yes, these are smaller than the 18-inchers you get on the standard Compass, and they get higher-profile rubber, which is said to make things easier both on and off-road. Still, they fill the wheel wells sufficiently. However, these Falken tires feel a bit lumpy at low speeds on tarmac, and the suspension lets more than a few bumps filter in at those speeds. On the other hand, the combination of tires and suspension provides excellent high-speed stability and control, so much so that there is hardly any difference between the superb shock absorption of the normal Compass and the Trailhawk at speeds above 60 km/h. 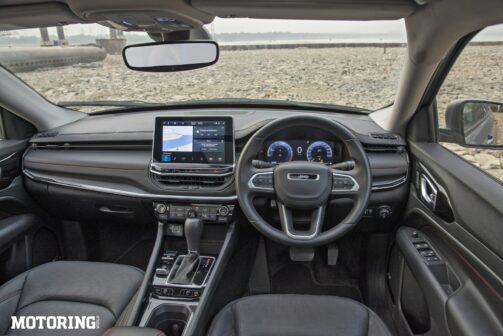 And so that’s how the Trailhawk manages to shred a rocky and/or muddy trail. In fact, just leaving the drive mode in Auto (and selecting 4WD Low) will make easy progress over these terrains, without having to shift into that specific mode. I can see myself particularly enjoying fording streams, as the 483mm wading depth, coupled with the gnarly 2.0-litre diesel engine, would make for a hassle-free and quite exhilarating experience. Interestingly, only when doing some serious off-road driving does the nine-speed gearbox shift into first. For all other situations, the Trailhawk uses second gear to start, even in manual mode! 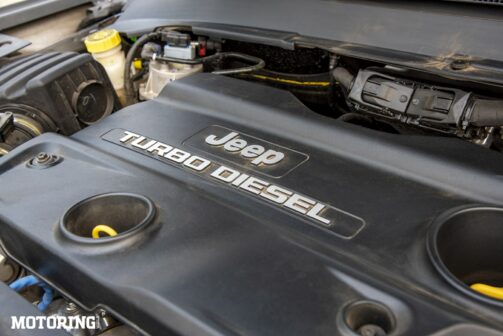 Speaking of the transmission, it really is the biggest chink in the Compass Trailhawk’s otherwise impenetrable armor. It is slow to shift, and does so with an audible “click”. There’s a sense of lethargy in the unit that seems completely out of step with the torquey turbodiesel engine. It’s a real shame as the 1956cc unit has more potential than the gearbox allows. My only gripe about the engine is that refinement is a mite below par and it gets rather lumpy as the revs climb, but other than that the 168bhp oil burner suits the Compass perfectly. But for the gearbox, the Trailhawk would even be decently entertaining around a set of twisties, on or off road. 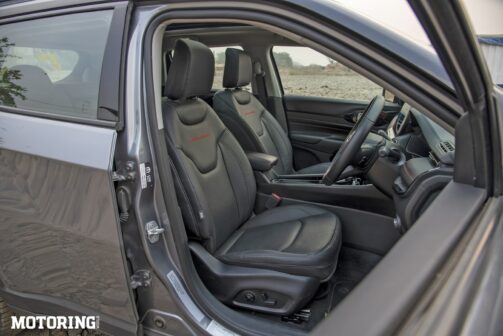 Like the regular Compass, the Trailhawk gets a revamped interior, with a number of new features. The all-black theme with red highlights looks sporty at first glance, but after spending some time inside the cabin, I felt the black expanse was more boring than sporty. The new dashboard is attractive but simple, and the new 10.1-inch infotainment touchscreen is a clear highlight. The 10.25-inch digital instrument cluster is a worthy addition and is also highly customizable. Also contributing to the Trailhawk’s off-road capability is the 360-degree camera, although a spotter is still recommended for rough terrain. 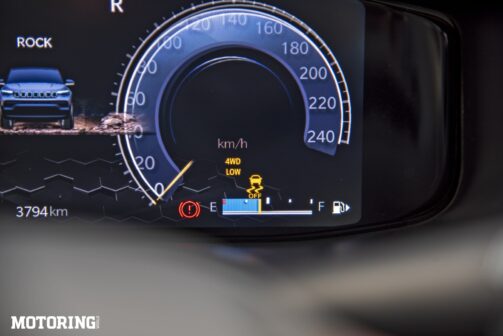 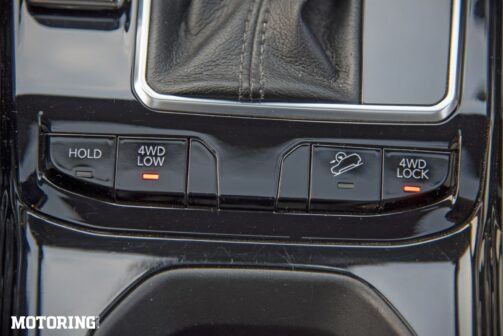 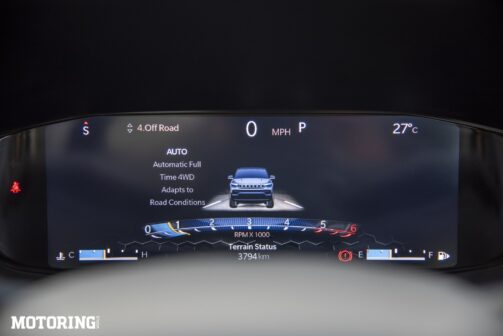 The Trailhawk embroidered seats (the front ones even get ventilation) are comfortable and fairly adjustable, and the large panoramic sunroof helps create a feeling of spaciousness. That’s especially important because the Compass isn’t the roomiest of SUVs. Three smaller adults in the back seat would fit, although the middle passenger won’t be quite as comfortable on longer journeys. 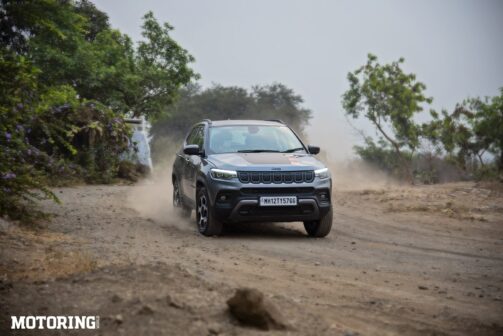 At the end of the day, you get exactly what you pay for with the Jeep Compass Trailhawk. You have a competent road runner, an excellent off-roader and a modern, if snug, interior, and you pay just Rs 1.38 lakh more than the range-topping Compass Model S for the extra go-anywhere gear. The sheer amount of stuff that you get in a small frame and a price tag of Rs 30.72 lakh, ex-showroom, India definitely makes the Trailhawk worth the premium you pay for it. I mean where else would you get such an all-rounder?