As we know, many if not most models of mass-produced cars built during the first part of this century were available in petrol or diesel taste. It was all about giving people a choice. Shed wonders how much choice there will be in twenty years when everything is electric, without any decisions to be made about fuel, aspiration type, number and format of cylinders etc. Will we still be willing to pay huge premiums for big name cars when they everyone will be pretty much the same under the skin? Will purchasing decisions boil down to anything more than the amount of luxury and kits on offer? Will brands become irrelevant? Hmm.

Anyway, forget all that, looking back and not forward is what Shed prefers to do because there is more money in it. With that in mind, and given all the different engine options that have been offered over the last thirty years, which is SOTW’s main chronological starting point, it can easily happen an unintentionally incorrect description of a particular model in an ad.

Take this week’s booth, which is advertised as a Jeep Cherokee Sport CRD 2.5 diesel when it’s actually a Cherokee Sport 3.7 petrol. An innocent mistake, no doubt, even if Shed’s experience is that it’s not necessarily a problem to get this kind of thing “wrong”. It all depends on what you think your market might want. If you think customers around you are looking for fuel economy, it may be a good idea to mistakenly advertise a gas engine with a large engine like a diesel. All you need is reasonable denial, which is easy enough if you look stupid. Shed has sold a lot of cars this way to local customers, and saved his bad conscience through a clever plan for complete disclosure. He knows that when he begins to drone about drilling and blows, all the ancient views of the village will glaze over and then bend, especially the postwoman, albeit in a less metaphorical way. 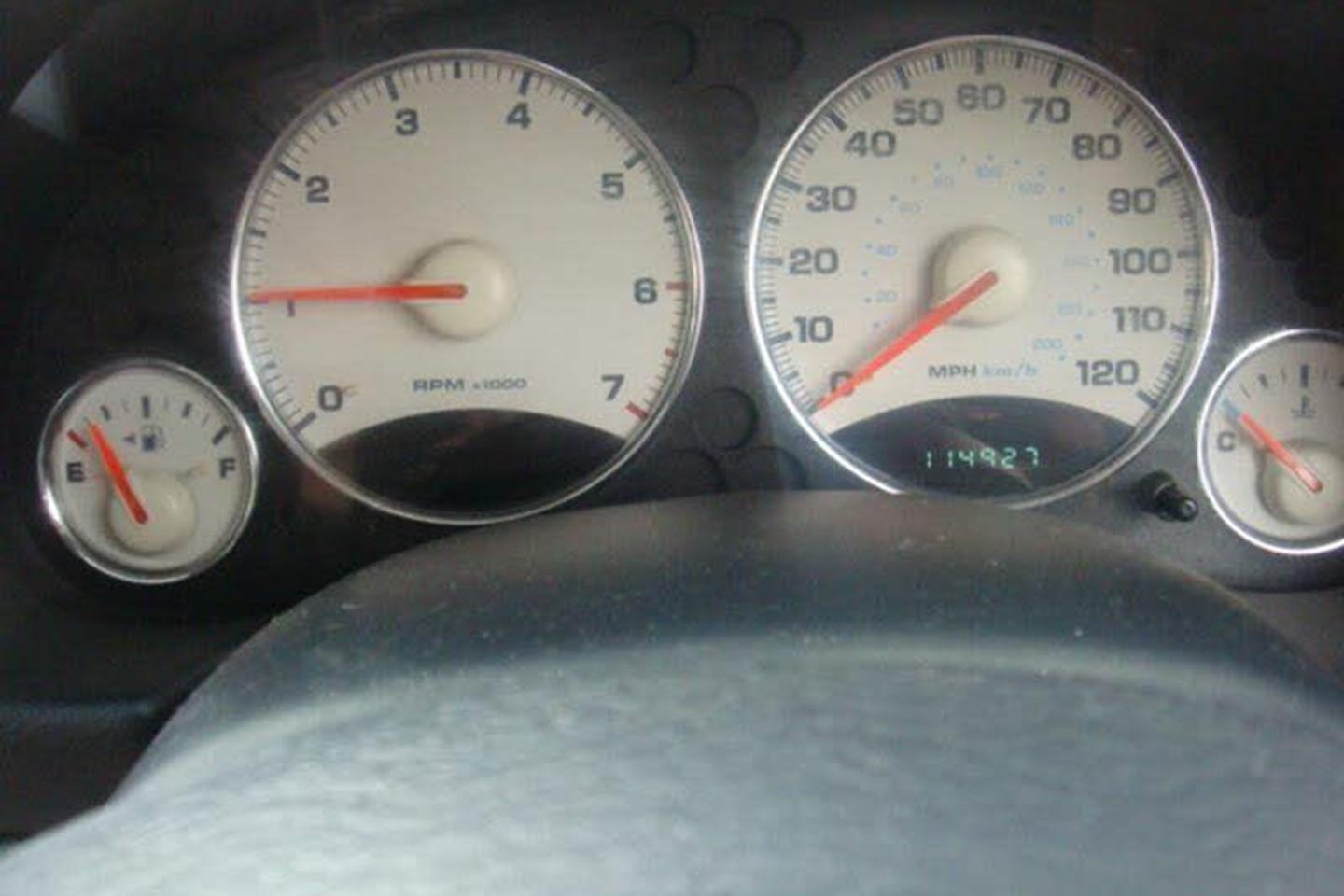 For most PH types, it would be seen as a win to find out that a small diesel is actually a big gasoline, so this week’s stall can only be the ticket. Sitting in the full driver’s seat with the engine running would think it would be difficult for even the craziest driver’s seat not to notice the difference between a diesel Cherokee Sport and a petrol. If they’re a little mutton, ‘3.7’ on the back and 6,000 rpm tacho redline should tell them that this was definitely not an American diesel.

Driving a Jeep 3.7-liter petrol at 6,000 rpm would require extreme bravery as well as chewing gum. Our example was merged in 2001, the first year that the PowerTech V6 was on the Jeep menu along with the non-Sporty Cherokee’s reliable 4.0 straight six. The new V6 did not really add much technical sophistication or, to be blunt, something much. Technically, it whizzed out 208 hp at 5,200 rpm compared to 4.0 Cherokee Limited’s lower but more accessible 181 hp at 4,600 rpm. The V6’s 230 lb ft torque peak did not come until at 3,800 rpm, while the 4.0’s maximum torque of 225 lb ft came in 800 rpm earlier. The 4-speed car would probably grind 3.7 through 0-60 in a grizzled whisk for ten seconds, but Shed does not recall anyone ever having the patience or lack of mechanical sympathy to determine their top speed.

The 2.5 TD diesel Cherokee from 2001 was a lot down on power compared to Jeep petrol at 141hp, but it had more torque – 253lb ft – and the maximum was delivered at only 2,000 rpm. The diesel also had an official combined fuel consumption of over 30 mpg, which makes it much more sensible for tractor use than the 3.7, whose cruising mpg was 20, with 15 mpg or less as closer to the mark in town. Fortunately, the fuel computer reading was on a panel above the screen so you could ignore it and pretend that the single-digit numbers on steep slopes did not really happen. Speaking of screens, the rear would open with a slight pull on the tailgate lever, not so good if you were a Jimmy Hill type and were not paying attention. 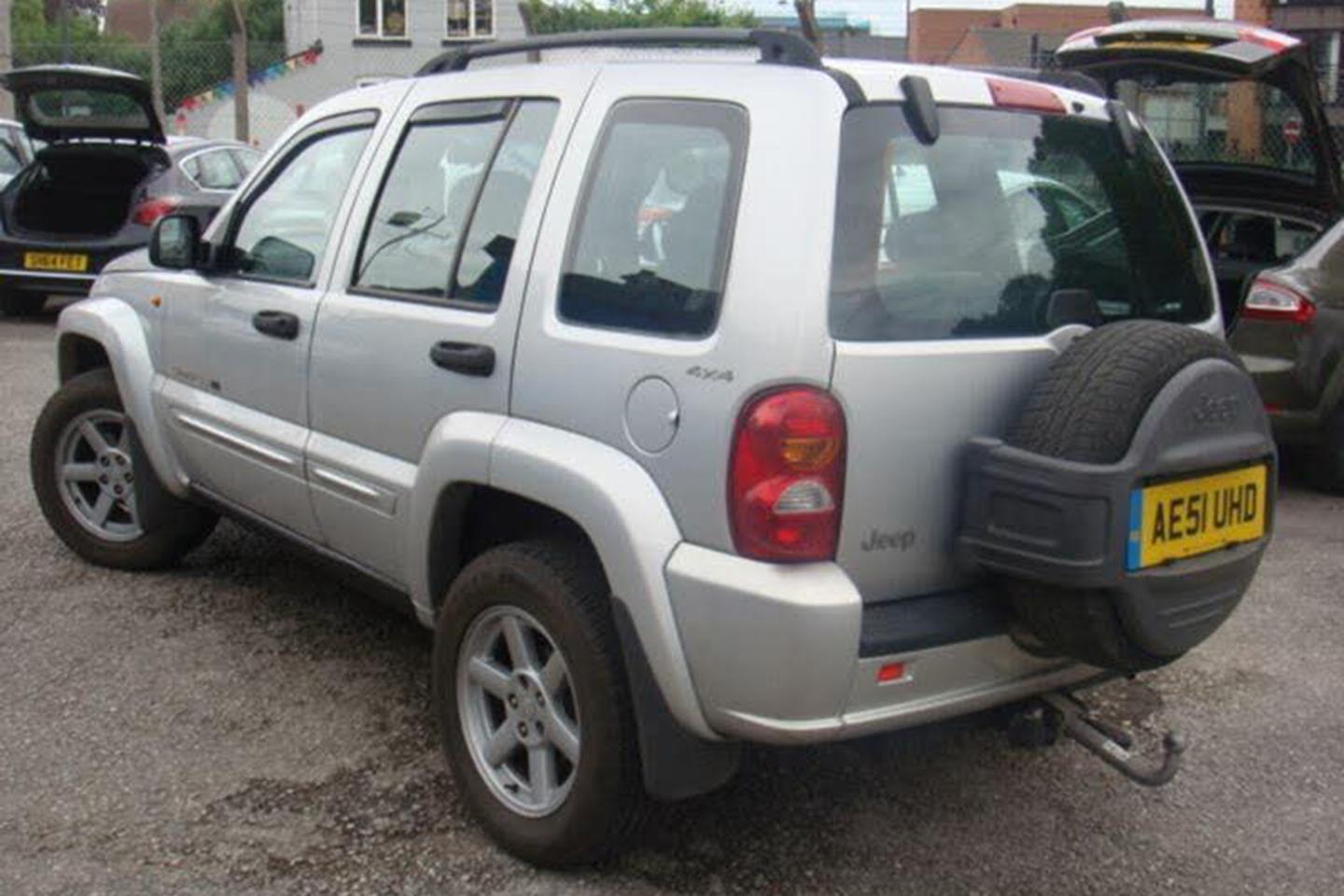 If you did not care about fuel costs, the V6 was a durable and useful kind of beast with a towing capacity of almost 3.5 tons, a fairly compact footprint and actually quite remarkable off-road capability. For an insight into how good the terrain was, take a look at this contemporary video with the inimitable Ken Gibson, ex engine editor for The Sun.

As Ken says, the new Sport 2001 had for the first time rack and pinion control (whoo!) And a new chassis. It was actually better than okay when it was new, but the petrol engines were old-fashioned thirsty, there was not much space inside, and despite Ken’s chassis improvements, the steering was too light on the asphalt. The V6 also suffered from valve seat failure, usually due to excessive engine heat caused by (among other things) poorly designed piston rings. The valve clearance adjusters also got stuck and the PCV valve became clogged, but most of these problems were relatively simple and cheap to fix. A 3.7 could drive up to 200,000 or even 300,000 miles. There again, it can start fighting at 75,000.

Our shed has 115,000 miles to spare. According to the latest MOT in November, all four coil springs were corroded. New ones for the backend are generally available for around £ 45 each time. The fronts are a little harder to find in the UK. It can be about placing an order and waiting for them to arrive. Other than that, the next owner will inherit a non-excessive oil leak from the “front”, which may mean the engine, but of course it can also be the difference given that the rear is the site of another NEOL. All mounting points for suspension were rusted and repaired in 2018 at 106,000 miles, so you should be able to remove them in the foreseeable future.

And what do you have then? A Freelander competitor with a fully switchable AWD, a decent NCAP crash rating, a death of character and, as Bob the Binman might say, an old-fashioned big thumb under the hood.