The rate at which celebrity memorabilia soars makes this Jeep an investment purchase worth considering, owned as it was by the legendary Barry Sheene for five years. It will hit the market with Silverstone Auctions on November 12 at NEC Classic Motor Show.

It was given to double 500cc World Champion Barry Sheene MBE by Suzuki GB in recognition of his time as a Works rider and was used by him for five years.
Ask any group of non-motorsport enthusiasts to name a famous motorcycle racer and there will be a few Valentino Rossis, a Mike Hailwood or two and undoubtedly the name Barry Sheene would be mentioned, despite his last motorcycle race being in 1984 His bigger character, many girlfriends , spectacular crashes and regular TV appearances for “Brut” aftershave alongside “Splash it all over” Henry Cooper, made him a household name.

A dream for advertising executives and tabloid journalists alike, Barry Sheene (1950-2003) won more international 500cc and 750cc races between 1975 and 1982 than any other rival. Although Kreidler, Derbi and Yamaha were also on his CV, it was on Suzuki that he became a legend. Among the first LJ80Rs to arrive in the UK, “HGO 747T” was supplied by Suzuki GB to double world champion Barry Sheene for promotional duties and use as a pit vehicle. Dating back to 1979 and originally painted pastel blue with black lettering (including Sheene’s famous number `7′ decals) and a red stripe, the little 800cc motorized 4×4 was later registered to the flamboyant rider’s home address and remained with him until 1987 when he migrated to Australia. 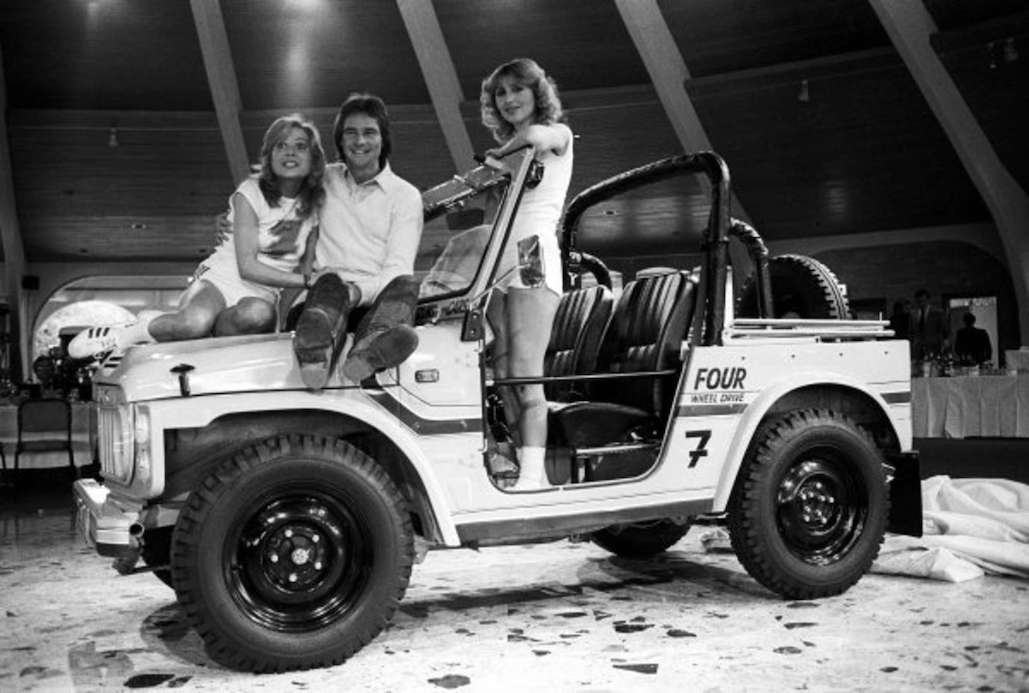 The Jeep’s next owner was Ian Catford – Suzuki GB’s current Marketing Manager – who lost little time in reintroducing its full ‘Barry Sheene’ livery. The LJ80R was subsequently purchased by a Mr Royle and pressed into everyday use before being sold to Suzuki’s main dealer, CMW Automobiles in Cuckfield, Sussex during the early 1990s. A showroom display when not appearing at external events or on loan to Suzuki GB, ‘HGO 747T’ was retained by CMW Automobiles owner Richard Ferris upon his retirement in 2007, garaged and only occasionally used. In 2013 the HGO was offered at auction and purchased by the seller to join his impressive collection of road and racing cars where it has remained ever since.

The stated mileage is 26,170, supported by old MOTs and invoices, and the car appears in very good condition and starts and drives really like a low mileage Japanese car. The Suzuki is not only a great piece of motorsport memorabilia but also an interesting vehicle in its own right as a rare survivor of the LJ80 series of lightweight jeeps that caused quite a stir when they arrived in the UK in the late seventies. It has a soft-top hood and removable doors and, even though it’s only 800cc, this little four-wheel-drive LJ has a real go-anywhere look.

It comes with an owner’s manual, service manual, a number of older MOTs and maintenance invoices, a couple of older V5s and DVLA license applications in Barry Sheene’s name and address in Horley, a Suzuki GB Bulletin, the 2013 auction catalog and period photographs taken at the Effingham Park Hotel during one of Suzuki GB’s annual conferences.

This wonderful little Jeep with links to one of motorcycle racing’s truly great characters makes it worth bidding on. It would look right at home in any motorsport enthusiast’s collection.

More information on this ‘collector’s must have’ can be found online at Silverstone Auctions and interested parties will be able to view the car in person from 10am on Friday 11 November at the Lancaster Insurance Classic Motor Show at the NEC, Birmingham (B40 1NT). Silverstone Auctions will provide two days of exciting live auctions at this event, with cars under the club on Saturday 12th and Motorcycles and Automobilia on Sunday 13th.

More auction news can be found on our dedicated page here: https://superbike-news.co.uk/category/industry-news/auctions/

For more information on Silverstone Auctions go to the official website: silverstoneauctions.com/ 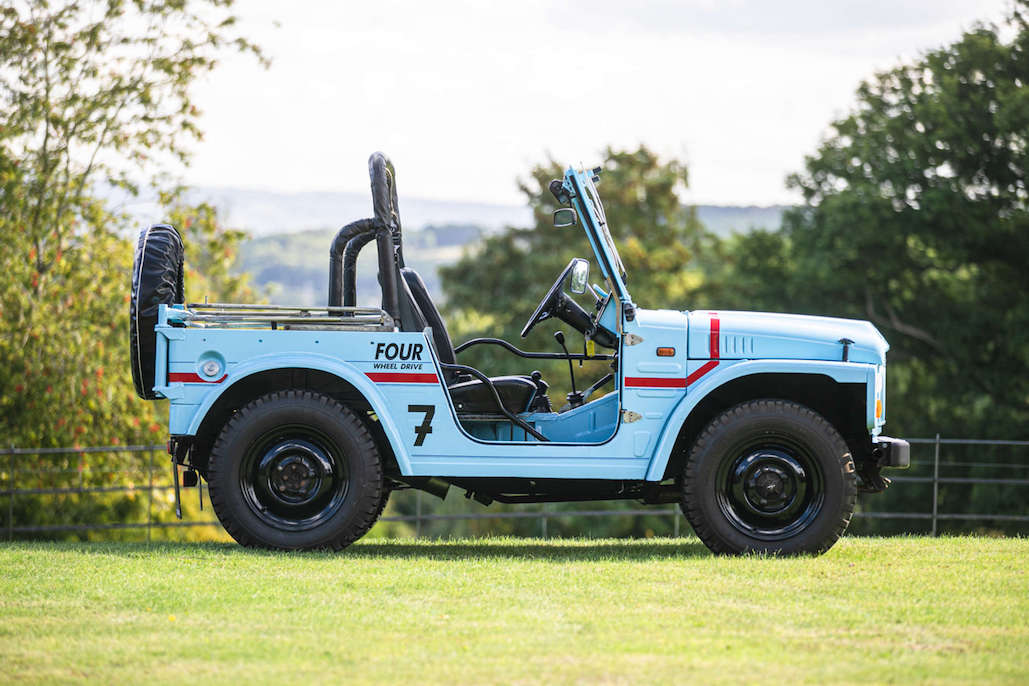