Until the all-electric era arrives, plug-in hybrids are the new norm, and Jeep was more than happy to get in on the game to help meet lower emissions targets. The Compass, in its second generation since 2016, was the first to introduce a 4Xe variant in 2020 alongside the smaller Renegade.

The 4Xe badge has since been extended to the entire Jeep range including the Grand Cherokee, so couldn’t be missing from the facelifted EU-spec Compass range that debuted in 2021. Last week we got our hands on the flagship powertrain variant of Jeep’s compact SUV, drive it around 1,000 km (620 miles) both in and out of town to discover the benefits of the plug-in hybrid system.

Major visual and technical upgrades during the latest facelift

Jeep designers did a good job of updating the car five years after its debut, with fresh bumpers and lighting units that harmoniously blend into the existing bodywork. Only the taillights look a bit dated but overall the Compass became more impressive than ever before with increased differentiation between trims. The 80th Anniversary we drove came with a cool set of 19-inch wheels, a military-style Mimetic Green paint job, and the iconic Jeep Willys silhouette that pops up in various places. The plug-in hybrid variants are further distinguished by the blue accents on the Jeep emblems and the 4Xe logo at the rear.

Measuring 4,404 mm (173.4 in) long, 1,874 mm (73.8 in) wide and 1,694 mm (66.7 in) high, the Compass is one of the most compact models in the C-SUV segment the segment. However, this does not lead to less interior space. The cabin is spacious with plenty of legroom and headroom for rear seat passengers although the middle one will squeeze a bit more than in a Citroen C5 Aircross. In practical terms, you get four cup holders, four USB slots, small door pockets and a medium-sized storage compartment on the center console. Although the addition of the PHEV system only steals 18 lt (0.6 cu ft) from the boot, the total capacity of 420 lt (14.8 cu ft) feels quite limited for the size of the vehicle, especially if you opt for the useful but space-consuming spare wheel in full size. 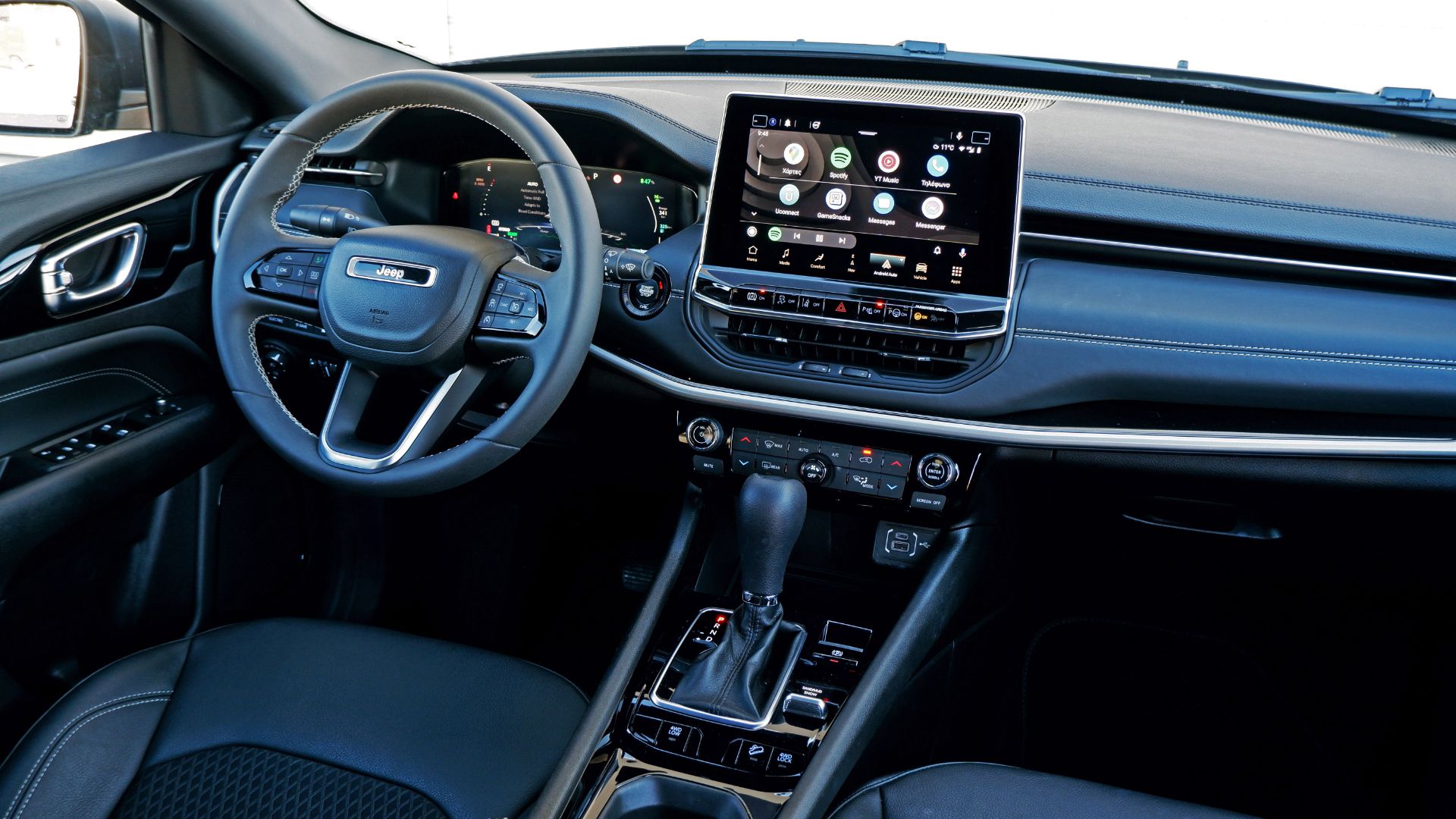 The redesigned dashboard is a welcome update as it looks more modern, technologically advanced and premium compared to its predecessor. The fast 10.1-inch infotainment has sharp graphics and a simple menu that is very easy to navigate. The wireless Android Auto and Apple CarPlay work flawlessly and provide a first-class connectivity experience. On the other hand, the nimble 10.25-inch digital instrument cluster can offer more variety in layout configuration options. Build quality is good but not great, with some noise from the rear plastic when driving over bumps. The media controls mounted behind the steering wheel are easy to use, but the buttons up front have a plastic feel and sound.

Since the facelift, the Compass has inherited Level 2 autonomous capabilities with the adaptive cruise control and the lane centering features are reliable, although the collision warning can be overly sensitive at times, prompting the driver to brake with beeps and signals earlier than necessary. Speaking of beeps, they can become annoying in the compass, with the signal for seat belts and open doors somewhat unnecessary when the vehicle is stationary. 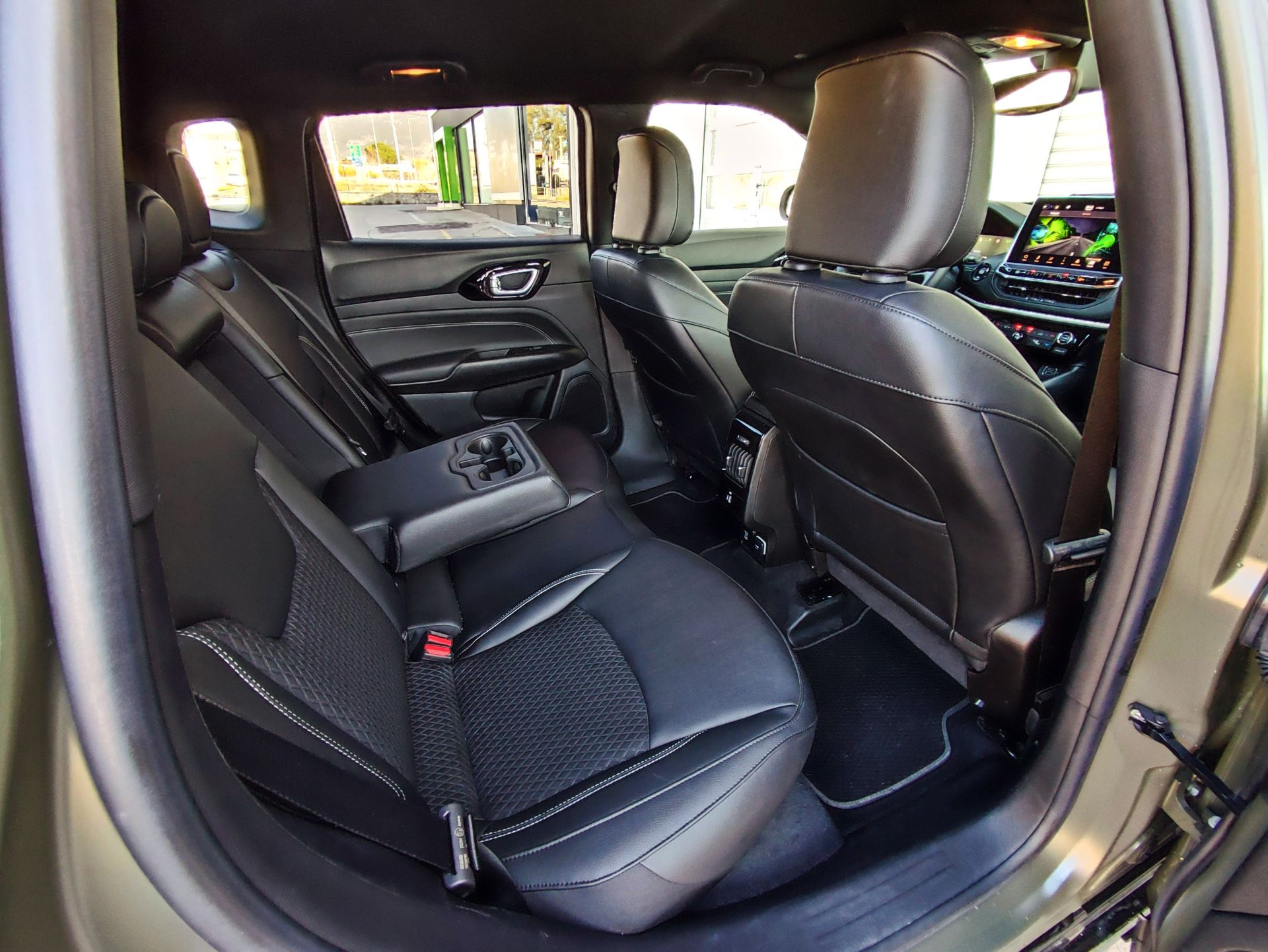 The plug-in hybrid powertrain is available in two different outputs – with 187 hp (140 kW / 190 PS) and 237 hp (177 kW / 240 PS) respectively – which is slightly less than what you get from the rival PHEV C-SUVs of the Stellantis Group (Peugeot 3008, Citroen C5 Aircross, DS 7 Crossback, Opel/Vauxhall Grandland). The good thing, though, is that thanks to the rear-mounted electric motor, both 4Xe variants drive all four wheels, making them the only non-FWD options in the European range.

The electric 4WD system with lock and low functions increases the off-road potential of the Compass, and the Jeep Selec Terrain settings (Sport, Auto, Snow, Sand/Mud, plus Rock in the Trailhawk) proved helpful in more challenging situations such as some muddy dirt roads we encountered. That said, the tarmac-focused low-profile 235/45 R19 Goodyear Eagle F1 tires from our 80th Anniversary held us back from exploring the SUV’s full potential. We’re guessing the Traihawk’s grippier rubber and underbody protection will be more suited to off-road adventures. It’s nice of Jeep to keep this option even if the vast majority of SUV buyers don’t leave the asphalt. 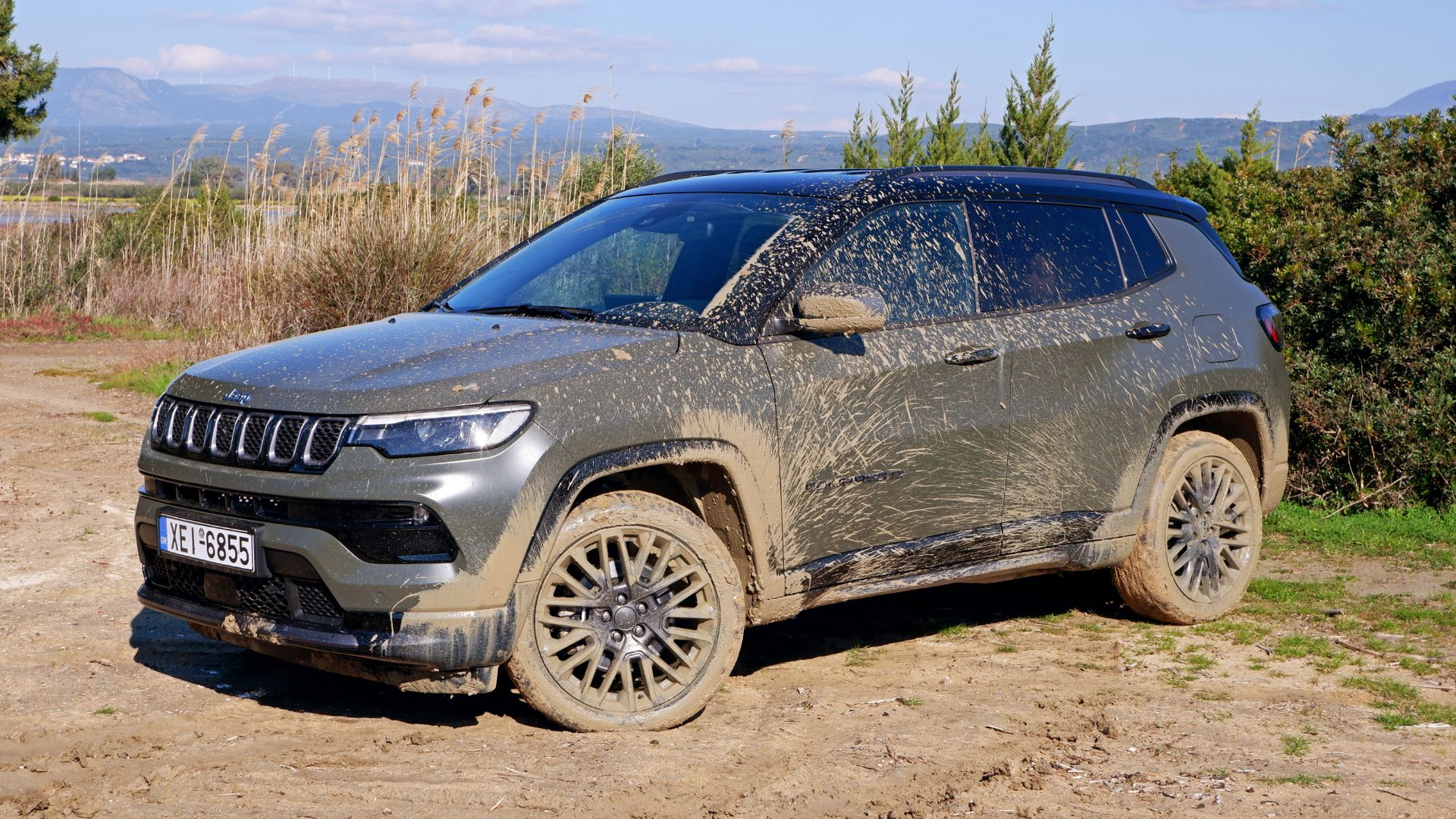 The suspension setup is well thought out and while the ride isn’t as plush as some rivals, the Compass is comfortable enough even with low-profile tires and it doesn’t have the body roll you’d expect in tight corners. It feels stable on the highway and keeps its composure when you push it on B-roads without pretending to be a sports car. Controls are very light, but also straightforward for the segment’s standards, although we’d love to have an easily accessible button to disable lane keeping assist. The brakes are strong, consistent and very easy to get used to from the first ride.

Despite the increased weight of 1,860 kg (4,101 lb), performance was more than adequate. On paper, the Compass is slower than some of its PHEV rivals, accelerating from 0-100 km/h (0-62 mph) in 7.3 seconds with a top speed of 200 km/h (124 mph). Acceleration from a point isn’t actually as impressive as you’d expect from the combined power figure, but the SUV gets going in the 60-130 km/h (37-81 mph) range, where the PHEV powertrain unleashes its full potential, which enables very fast overtaking manoeuvres. 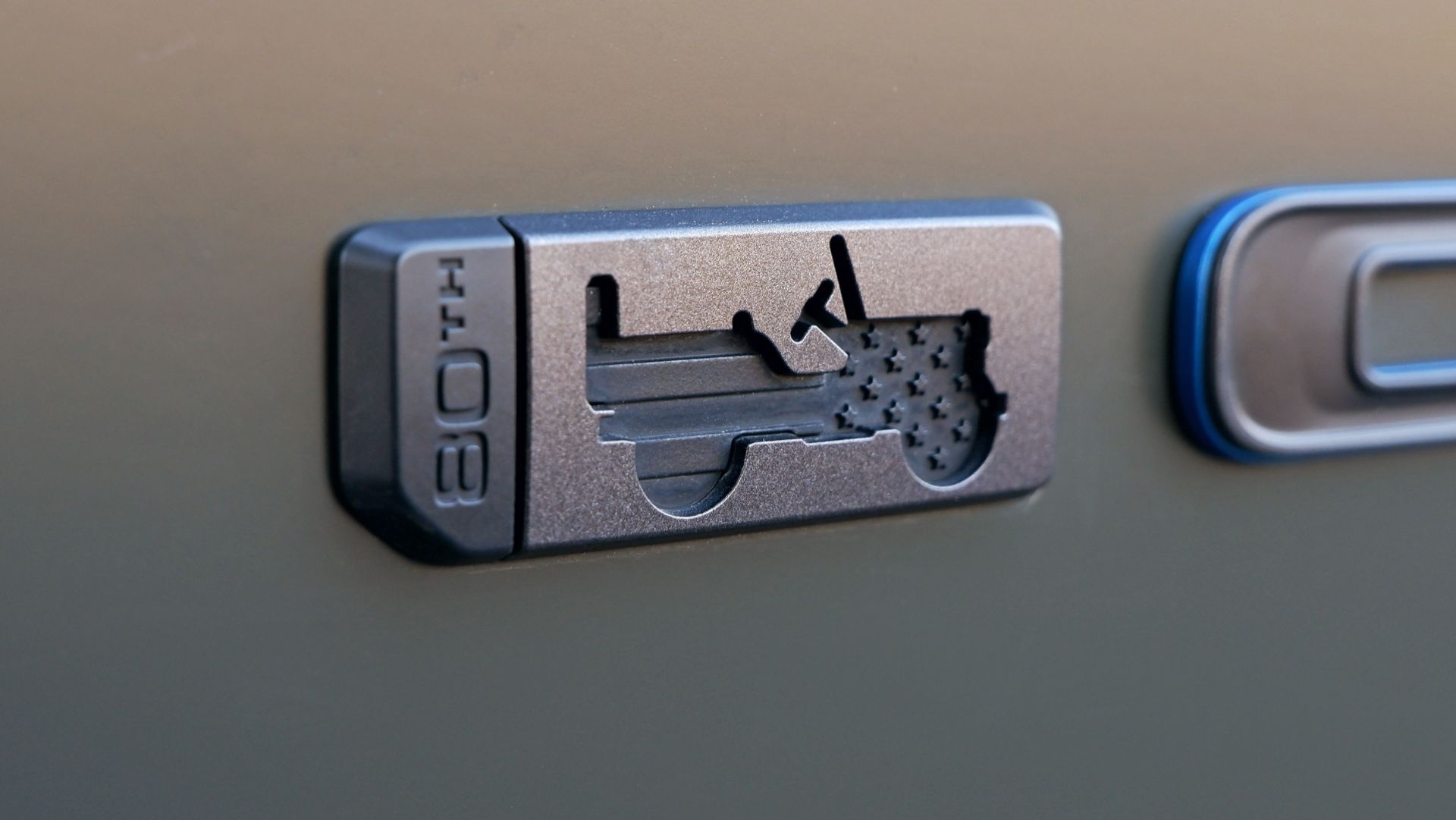 As is the case with most complex powertrains, the power delivery is not as direct as in an ICE-only or EV-only model, with the noise/rpm not always on par with the performance. In the standard Auto setting, the six-speed torque converter works well most of the time, but when you push it needs time to adapt to the driver’s behavior. Sport mode makes a noticeable difference in responsiveness, but it keeps the turbocharged 1.3-litre engine at high revs making it too noisy while unleashing the full power of the electric motor and prioritizing performance over economy.

Electric mode turns the Compass into a quiet rear-wheel-drive EV that’s nimble without offering lightning-quick Tesla-like acceleration. In real-world conditions, you’ll easily get 40-45 km (25-28 miles) of electric range, making the gas tank obsolete for most of your daily commutes. What’s missing is a single-pedal drive mode with more intense regenerative braking that feels too mild on the 4Xe. A full charge of the 11.4 kWh battery takes 1 hour and 40 minutes on a charger, or around 4 hours on the standard home socket.

Also read: Jeep and Chrysler Plug-In Hybrids can be charged faster than ever at home now 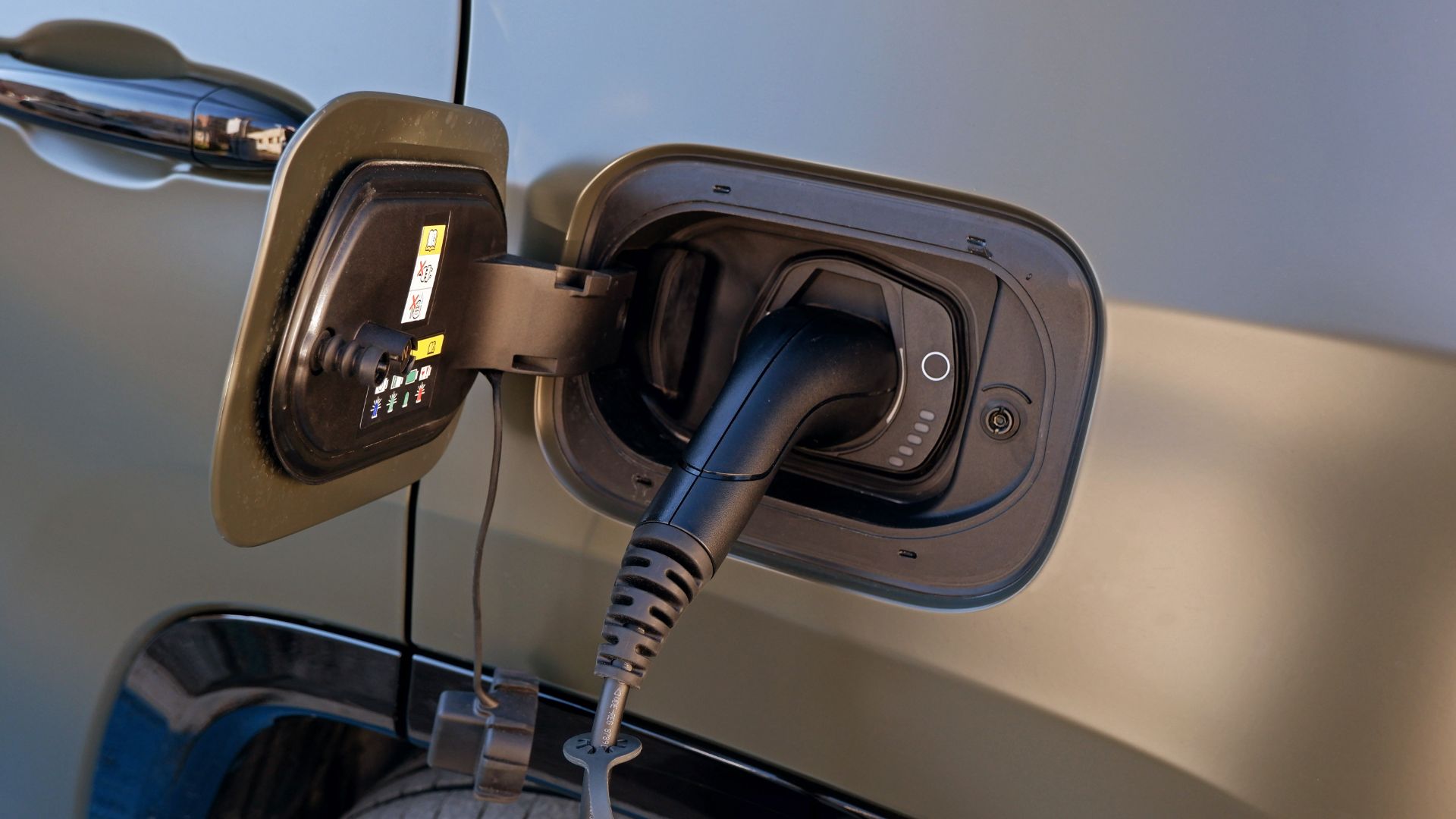 Driving the Compass in standard hybrid mode sees average fuel consumption between 8.5lt/100km (27.7mpg) and 9.5lt/100km (24.8mpg), which isn’t bad for its weight and size . Burning gas to maintain or charge your plug-in hybrid doesn’t sound like a good idea, but it makes sense to use the dedicated E-Save mode on the highway to increase your EV range in the city where it’s most efficient .

A serious drawback that applies to most PHEVs is the limited combined range. In the Compass 4Xe, the gas tank has a smaller capacity of 36.5 lt (9.6 gallons) compared to the 55-60 lt (14.5-15.9 gallons) of its ICE-only siblings. This means that with a fully charged battery and a full tank, you will be able to drive for only 360 km (225 miles) before needing a top-up, which is less than some electric cars, although the refueling time will always be faster and more accessible than a charge .

Also read: What happens when you drive a PHEV without gas? 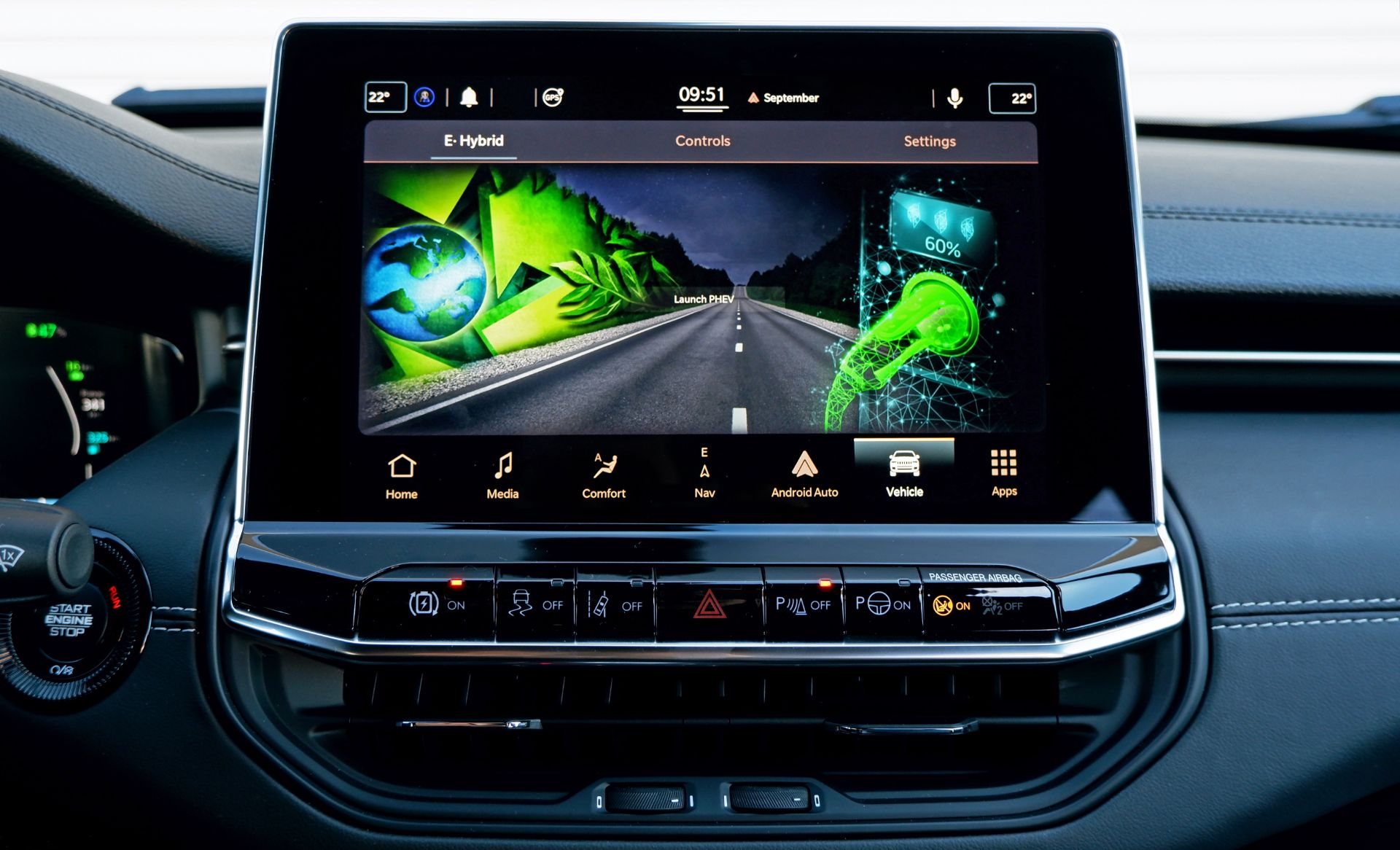 Overall, the Compass 4Xe is reasonably priced for a 4WD PHEV SUV with a long list of standard equipment. It’s actually significantly cheaper than the equivalent Peugeot 3008 Hybrid4, but more expensive than the FWD-only Ford Kuga PHEV and VW Tiguan eHybrid. However, higher trims enter the territory of more premium rivals, including the BMW X1 xDrive25e, Volvo XC40 T5 Recharge and Audi Q3 45 TFSI e, making it a tough choice.

Although the Compass 4Xe is a Europe-only deal, it would make sense for Jeep to bring it to the US market as well. However, this seems unlikely; we contacted Jeep North America to see if they intend to do so, but they responded that the Compass 4Xe is “market specific.” 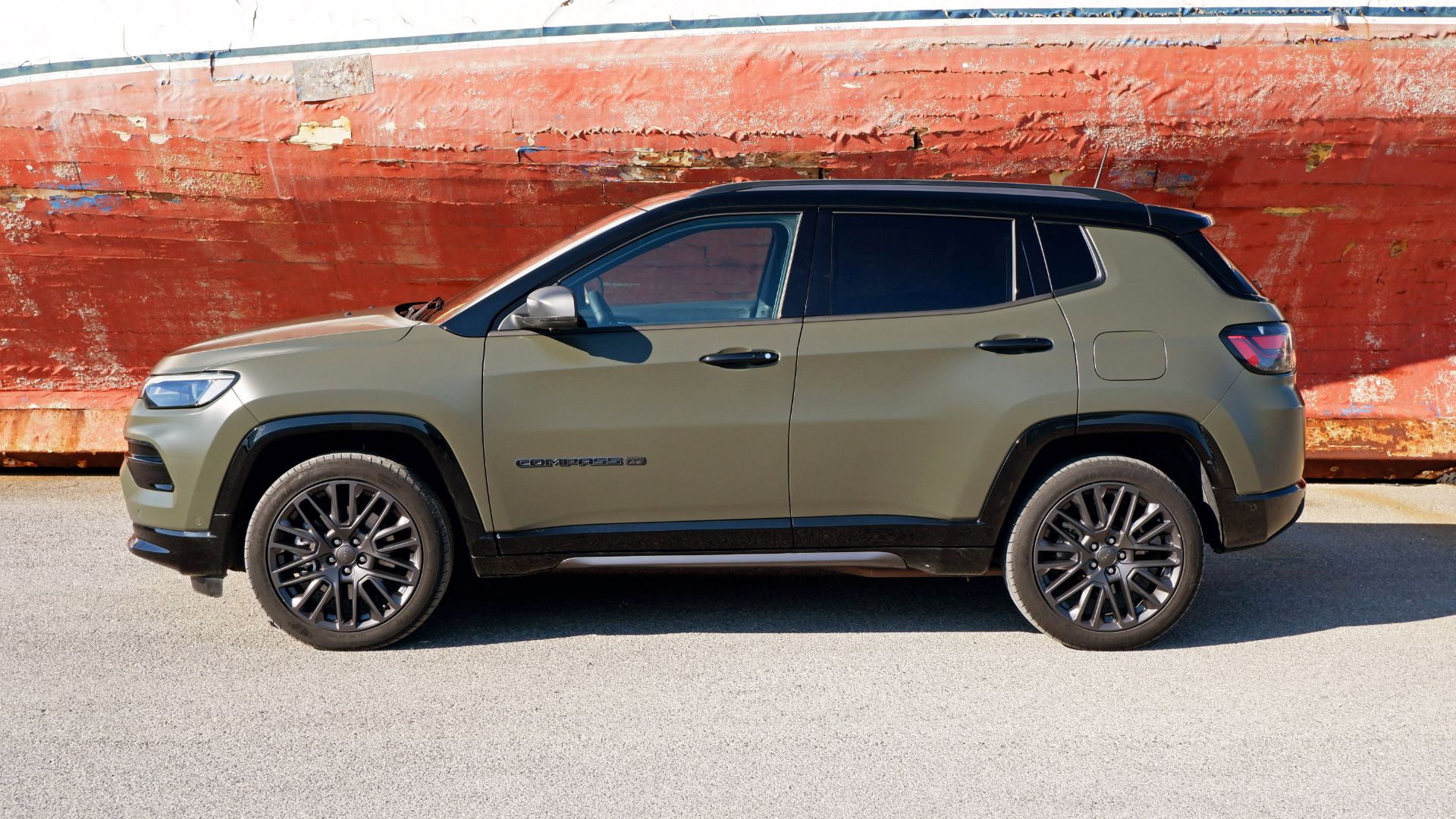 Our verdict on the Jeep Compass 4Xe

The addition of a plug-in hybrid powertrain to the Jeep Compass 4Xe and the latest facelift have breathed new life into the model that looks, drives and feels like a modern SUV. While not best-in-class in individual aspects, overall it’s a well-rounded proposition with distinctive features that border on the Jeep brand. Its strong points are the design, the four-wheel drive system, the rear passenger space and the equipment. On the other hand, it could have a bigger boot and a longer combined range although those are common weaknesses of PHEVs.

If you can live with these, have frequent access to a charger and enjoy zero-emission driving, then this is the best version of the Compass you can buy in Europe – and the only one with 4WD. Just make sure you choose the right trim based on your driving habits, with the Trailhawk being the most compelling option if you intend to use it off the beaten track.

Photos by Thanos Pappas for CarScoops

We would like to thank Jeep in Greece for lending us the press car.