The electric pickup market is gearing up to make some noise with some of the new entries hitting the market. Two of those entries are from General Motors with the GMC Hummer Edition 1 and the Chevrolet Silverado RST aiming for a significant portion of truck sales. But which one is best if you’re a GM buyer looking to make a big statement in your garage?

The GMC Hummer puts all its chips into technology

The GMC Hummer Edition 1 can be considered the current poster child of the wider Ultium revolution. While its 9,000-plus lb curb weight may seem like an obvious contradiction to its green-focused mission, this behemoth aims to make up for it by providing buyers with massive levels of technology and efficiency.

However, it’s important to note Hummer’s tough livery with GMC designers inspired by past Hummer models and the future that will help bring GM into the green car market. The exterior styling makes the most of its size and will currently only be available in white, with the Edition 1 model being the sole representative of the breed until more models arrive in the next few years. That model has a black contrast roof, beefy off-road tires and LED lighting front and rear. 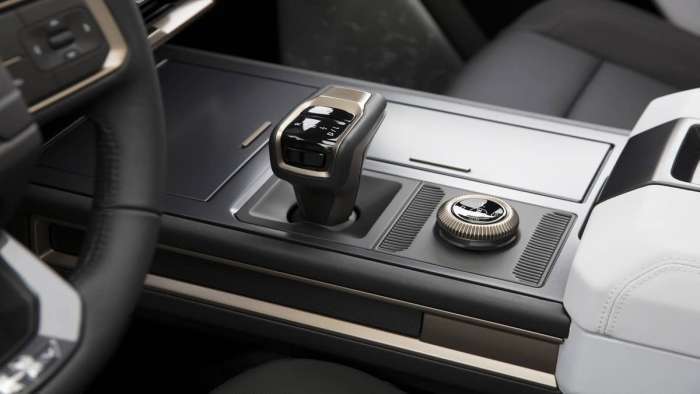 The interior of the Edition 1 models is trimmed in high-quality materials with splashes of gold trim that contrast the black and white hues that otherwise dominate the cabin. Removable roof panels allow passengers to have an enviable view of the sky, while a massive 13.4-inch touchscreen infotainment system and a 12.3-inch gauge cluster provide the proverbial tech exclamation point.

Last but not least, the Edition 1 packs performance to match its bold personality and over $112,000 price tag. As we mentioned with the exterior colors, more performance configurations are coming. Still, currently the only setup available is a triple electric motor setup that produces over 1,000 hp and allows the Hummer to sprint to 60 mph in 3.0 seconds while achieving 350 miles of range. Keep in mind that all of this is in a vehicle that weighs over 9,000 lbs. As a bonus, the Hummer even comes with a new Crab Walk mode to help it with more difficult off-road situations via the four-wheel steering. 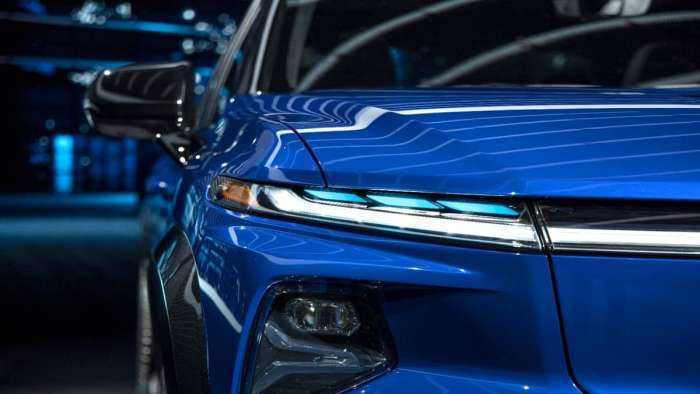 As Hummer tries to wow the crowd with its shock factor, the Silverado RST First Edition prefers to take a slight (and we use that phrase lightly) to appeal to its segment of the EV pickup market while retaining some of the core features that made the Hummer great. The exterior styling here is a radical departure from its ICE-powered cousins, but the front and rear fascias go for a sleeker look that’s more fluid and lacks some of the Hummer’s hard edges.

The side profile is reminiscent of a Chevrolet Avalanche, but GM representatives made it clear that this model will march to its own drum and not be a reboot of the luxurious Avalanche. The RST gets all the attention from the global press, but it will be the second Silverado model to launch in 2023, with the first production wave focused on the fleet-focused WT model. 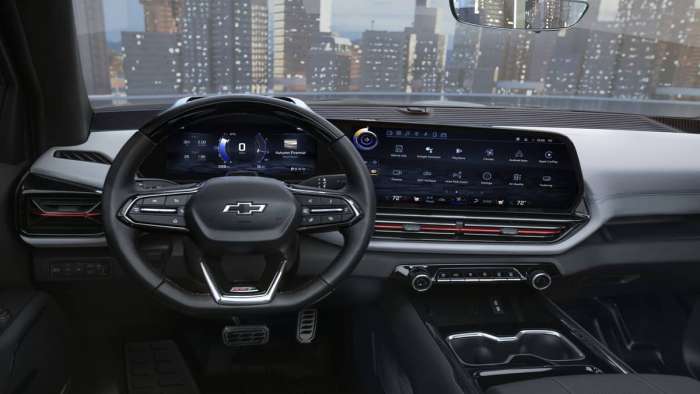 But after the wait is over and you have a chance to slide inside, you’ll see an interior that focuses more on sport versus raw features. The interior is a tasteful update of previous Chevrolet efforts, with the black motif contrasted by splashes of red detailing and metallic accents. 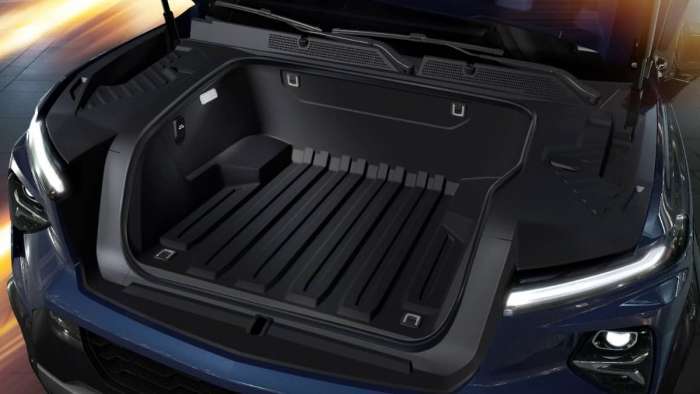 The Silverado’s 17-inch infotainment screen is larger than the Hummer’s, but the 11-inch instrument display is slightly smaller than the GMC’s, and the roof panels don’t detach. That’s ok, though, as occupants will focus on the lack of a formal stop/start button (which has been replaced with a function from a phone app) and the return of the center port system. A feature that was once exclusive to the Avalanche, the mid-gate allows the Silverado EV to have an impressive level of functionality with owners not only having the ability to fold down both panels to extend the bed but also leave one up in the event that they need a rear seat to pull a passenger alongside longer pieces of cargo.

The performance here is not as spicy as the one seen in Hummer. However, the Silverado RST First Edition still makes 664 hp and 780 lb-ft of torque from its 24-module Ultium battery pack and triple electric motor setups. This setting is enough to make the dash to 60 mph in 4.5 seconds. That’s slower than the Hummer, but the lighter weight helps the Chevy get 50 more range with RST First Edition models capable of 400 miles of range. This performance hardware also allows the Chevrolet to tow up to 10,000 lbs but only if equipped with an optional package that will be available after the original launch cycle is complete.

Which is a better buy?

While we’ll have to wait a bit to drive them both to see how they fare in the everyday commute, this preliminary look at the duo reveals some interesting things for consumers. The Hummer wins when it comes to achieving maximum bragging rights with its cheeky looks and futuristic power.

However, the Silverado has enough everyday swagger to appeal to a wider range of customers, especially as the lineup is rounded out with more trims and performance configurations for them to choose from. In the grand scheme of things, consumer preference will ultimately be the deciding factor, but if we had our say, we’d go with a Silverado EV in any trim.

Carl Malek has been a car journalist for over 10 years. In addition to his specialization with Ford, he grew up in a General Motors household and is very familiar with their products as well. Contact Carl on Twitter at @CarlMalek3on Instagram and Facebook for automotive news to send news tips.